NORMAN, Okla. – The penultimate Arnold Palmer Cup Ranking for the 2018 event at Evian Resort Golf Club was released today. The top six golfers from the final ranking in the Spring from both the United States and International men and women - 12 total golfers - shall be among the 48 individuals selected to compete in the Arnold Palmer Cup July 6-8. The 2018 Arnold Palmer Cup will be the first using the expanded format of United States men’s and women’s collegiate golfers versus their counterparts from around the world.

Using Golfstat’s NCAA Player Ranking as a base, the Arnold Palmer Cup Ranking awards bonus points for wins and high finishes and a penalty for poor finishes. The ranking also contains a strength of schedule component.
The remaining six men’s and women’s spots for the United States will consist of five committee selections, including at least one non-Division I golfer, and a coaches pick. The balance of the International team will include the men’s and women’s winners of 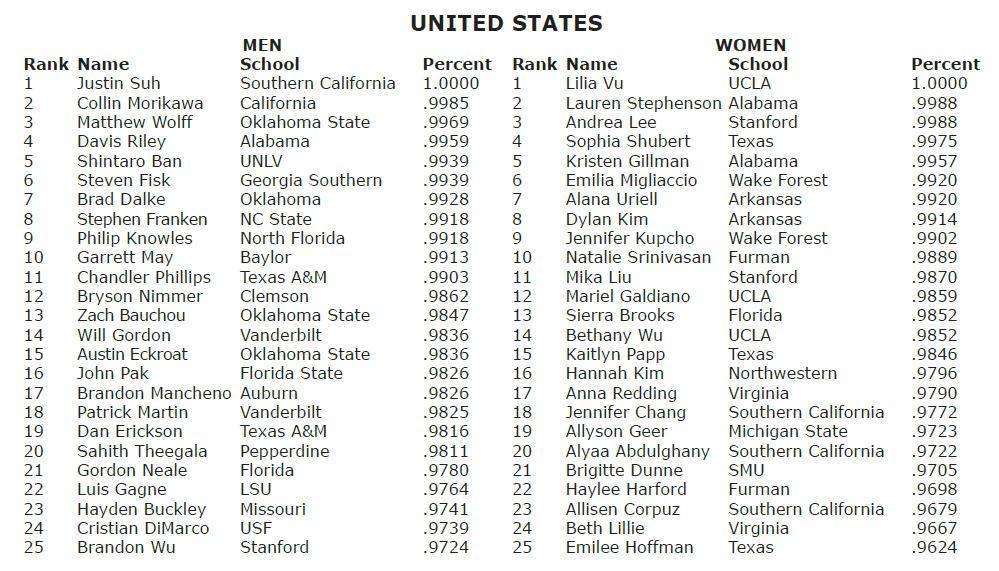 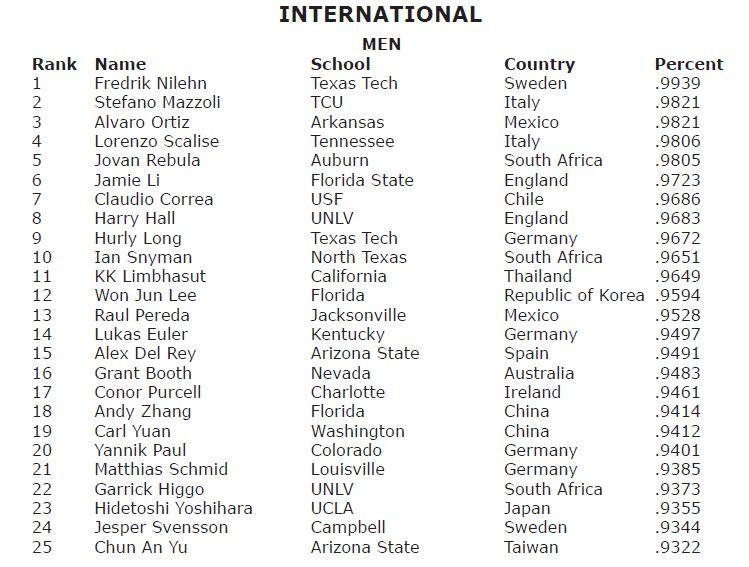 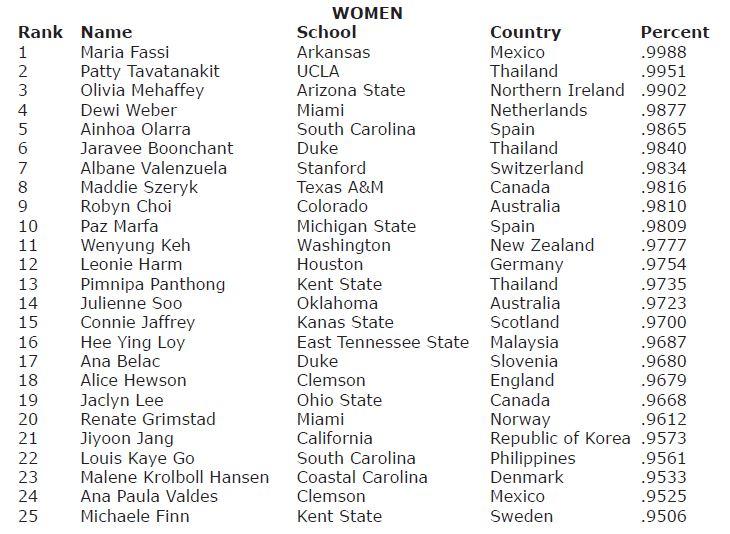