NORMAN, Okla. – The first spring Arnold Palmer Cup Ranking for the 2020 matches were released today. The top six golfers from the final ranking in the Spring from both the United States and International men and women - 12 total golfers - shall be among the 24 individuals selected to compete in the Arnold Palmer. Longtime Arnold Palmer partner Rolex is continuing its 50-year relationship through its support of the matches which will be hosted by Lahinch Golf Club on July 3-5, 2020.

Six committee selections per side (three men and three women) will be announced March 4 during the Arnold Palmer Invitational presented by Mastercard.

The next Arnold Palmer Cup Ranking will be announced March 5. 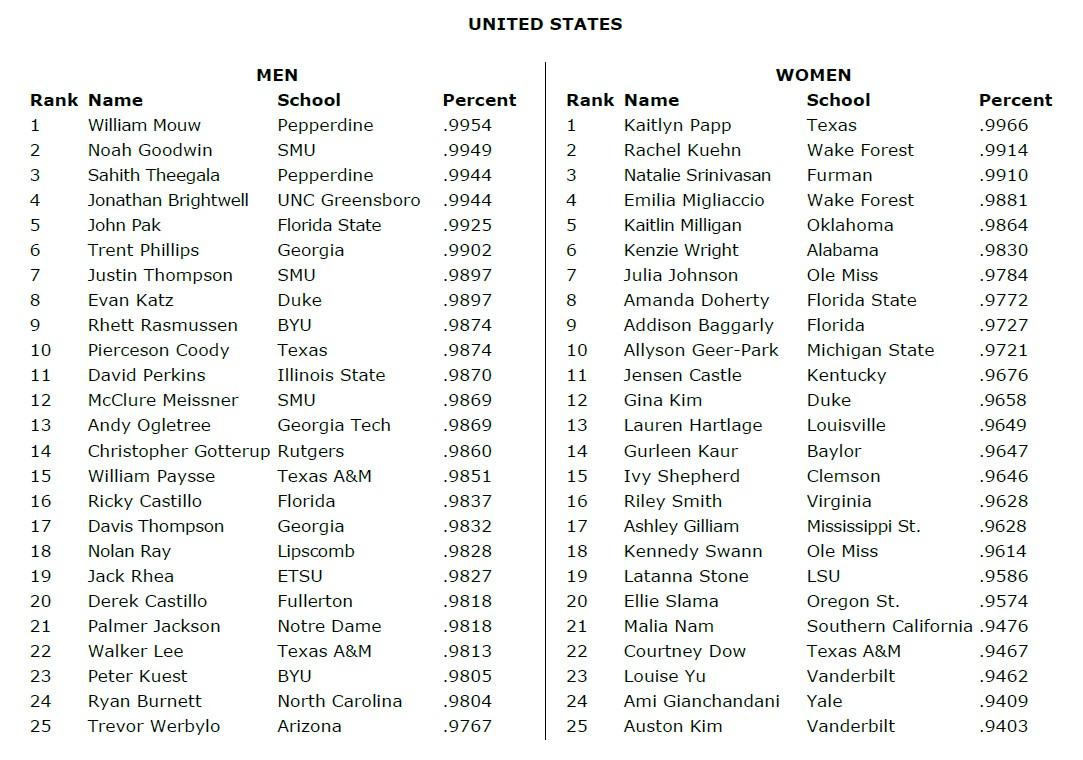 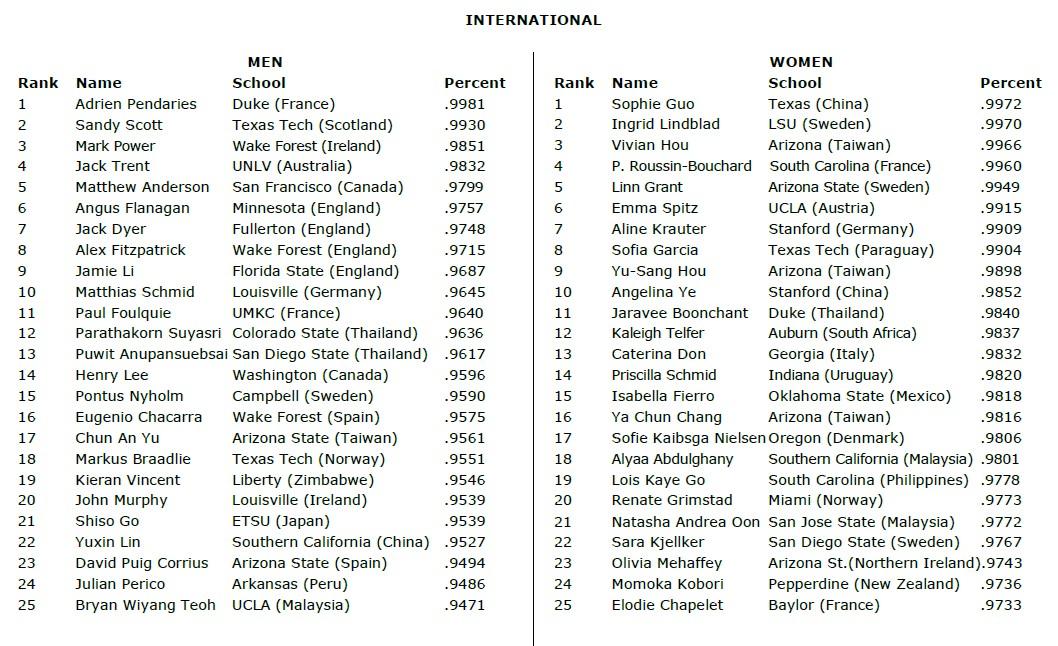