NORMAN, Okla. – The first of three spring Arnold Palmer Cup Rankings were released for 2017 matches held June 9-11 at Atlanta Athletic Club. Additional rankings will be released Feb. 23 and March 9. The 10 person teams for both Europe and the United States will be announced March 16 during the first round of the Arnold Palmer Invitational presented by MasterCard.

The Arnold Palmer Cup Ranking automatically qualifies the top six players for both sides and uses Golfstat’s NCAA Player Ranking as a base. The ranking awards bonus points for wins and high finishes, penalty for poor finishes, and contains a strength of schedule component. The remaining four players for the United States will be selected using three committee picks and one coaches pick. One of the U.S. committee picks must be a non-Division I golfer. The final four spots on Team Europe shall consist of the champion of The R&A Foundation Scholars Tournament, held in early April, two committee picks and one coaches pick. 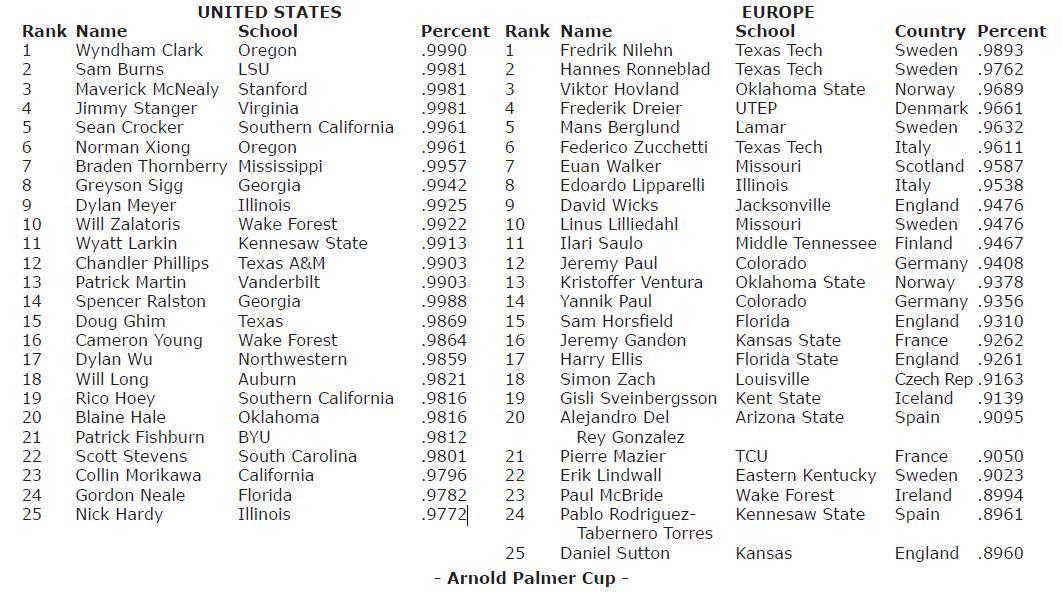