NORMAN, Okla. – The first spring Arnold Palmer Cup Ranking for the 2018 event at Evian Resort Golf Club was released today. The top six golfers from the final ranking in the Spring from both the United States and International men and women - 12 total golfers - shall be among the 24 individuals selected to compete in the Arnold Palmer Cup July 6-8. The 2018 Arnold Palmer Cup will be the first using the expanded format of United States men’s and women’s collegiate golfers versus their counterparts from around the world.

Subsequent rankings will be released on February 22 and March 8 with teams being announced March 15 during the first round of the Arnold Palmer Invitational presented by MasterCard. 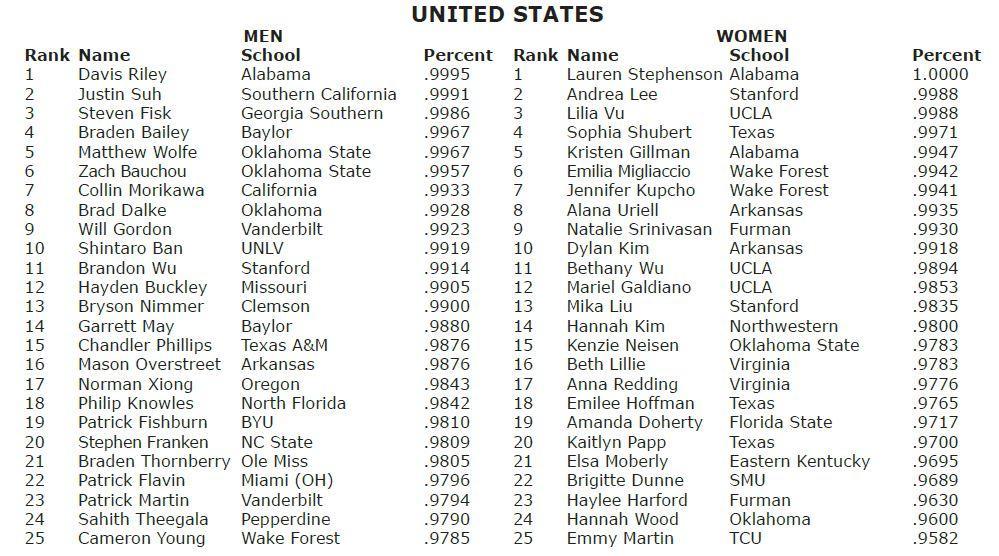 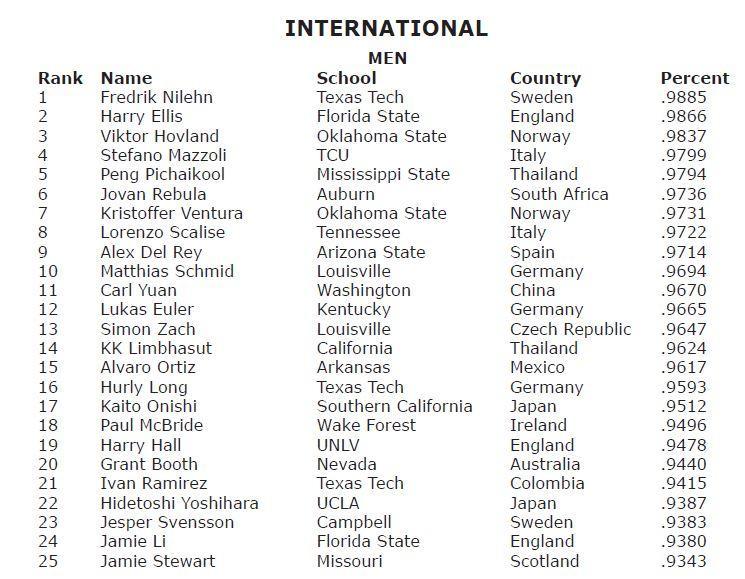 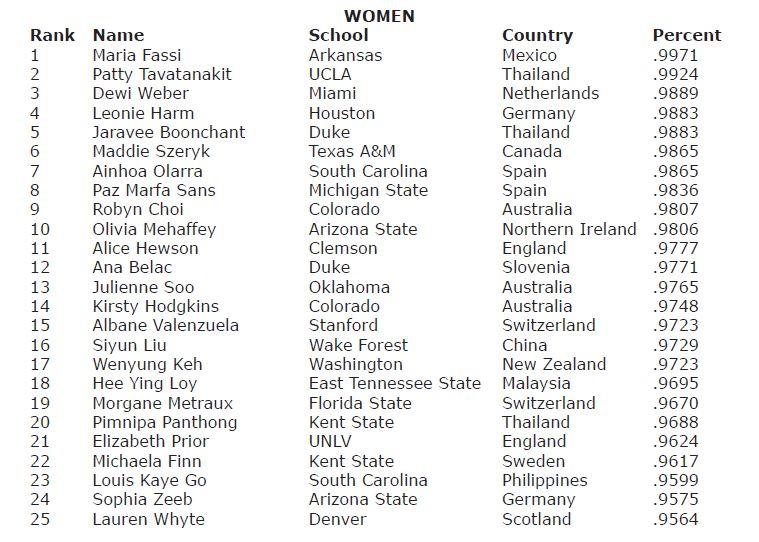